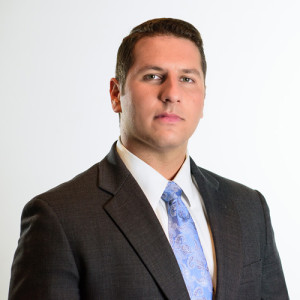 While at the State Attorney’s Office, Mr. Brown simultaneously handled advisory and prosecutorial roles. As a member of the Drug Trafficking Unit, and later a Felony Trial Unit supervisor, Mr. Brown handled complex criminal investigations involving significant controlled substances offenses, DUI Manslaughters, traffic fatalities and serious felony offenses. Mr. Brown also made case filing decisions, reviewed search warrants and subpoenas, handled high profile cases by special assignment, traveled to neighboring counties to prosecute cases when the Office of the State Attorney for the Fifteenth Judicial Circuit in and for Palm Beach County and Office of the State Attorney for the Eleventh Judicial Circuit in and for Miami-Dade County faced conflicts of interest, advised police officers and other prosecutors on legal matters and trained newer attorneys. Mr. Brown spent the last year of his career as an Assistant State Attorney handling violent crimes as a member of the Ten Twenty Life Unit prosecuting Aggravated Assaults with Firearms, Aggravated Batteries with Firearms, Attempted Murders and Murders.

Mr. Brown is an Honors graduate from the University of Pennsylvania, where he obtained a B.A. in Economics. Mr. Brown subsequently graduated with Honors from the University of Miami, School of Law. While at the University of Miami, he was a member of the Moot Court Board, Honor Council and Order of the Barristers. He also taught a course in Advanced Moot Court, received the highest grade in multiple courses including Legal Research and Writing, Appellate Law, and Federal Criminal Practice and Procedure, and earned honors in both pretrial and trial advocacy courses.